3.       If the fixed positive charges are present in the gate oxide of an N channel enhancement type MOSFET, it will lead to
a.       a decrease in the threshold voltage
b.      channel length modulation
c.       an increase in substrate leakage current
d.      an increase in accumulation capacitance 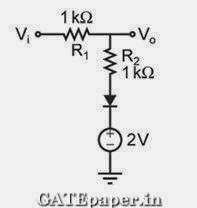 8.       For the N channel MOS transistor shown in the figure, the threshold voltage VTH is 0.8 volts. Neglect channel length modulation effects. When the drain voltage VD = 1.6 volts, the drain current ID was found to be 0.5 mA. If VD is adjusted to be 2 volts by changing the values of R and VDD, the new value of ID (in mA) is

1.       In MOSFET fabrication, the channel length is defined during the process of
a.       Isolation oxide growth
b.      Channel stop implantation
c.       Poly-silicon gate patterning
d.      Lithography step leading to the contact pads 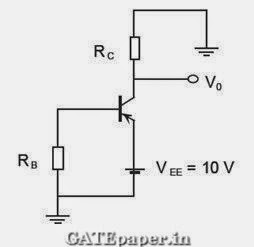 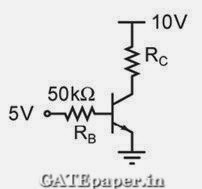 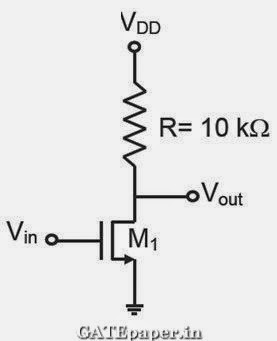 2.       In the figure, ln(ρi) is plotted as a function of 1/T, where ρi is the intrinsic resistivity of silicon, T is the temperature, and the plot is almost linear. The slope of the line can be used to estimate 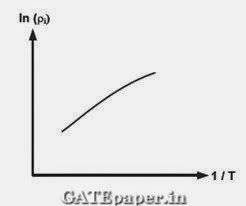 7.       An N type semiconductor having uniform doping is biased as shown in the figure. 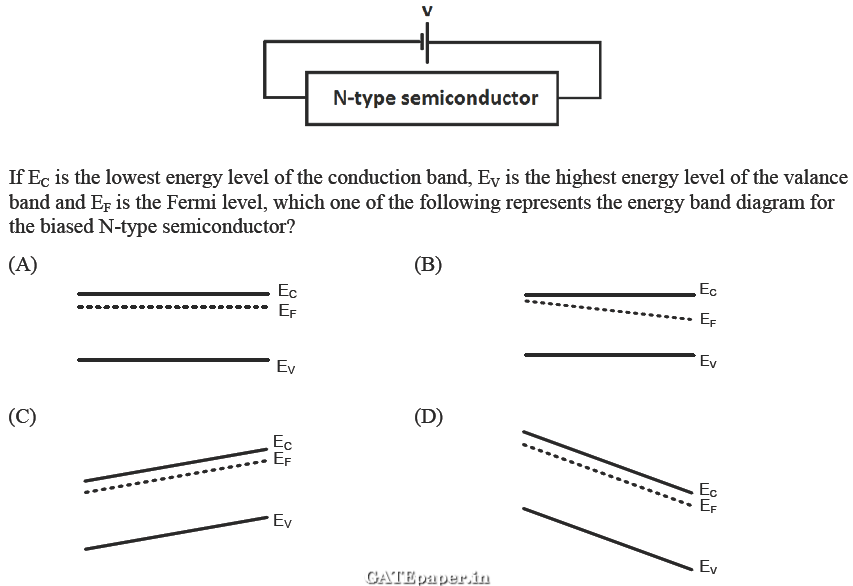 8.       A BJT in a common base configuration is used to amplify a signal received by a 50Ω antenna. Assume KT/q = 25 mV, the value of collector bias current (in mA) required to match the input impedance of the amplifier to the impedance of the antenna is ………..