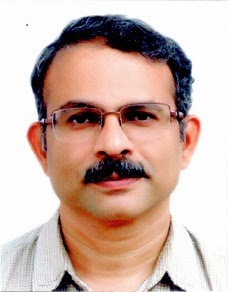 Prof. S. Karmalkar
Shreepad Karmalkar is a Professor of Electrical Engineering at IITM. He received the B. Tech and accelerated PhD degrees in Electrical Engineering from the Indian Institute of Technology Madras (IITM), in 1983 and 1989, respectively. He has held visiting research / teaching assignments at several US universities, namely, University of California, Santa Barbara; Rensselaer Polytechnic Institute, Troy, New York; and University of South Carolina, Columbia, USA.

He has authored numerous articles in journals, conferences and books, and has been awarded several patents in the areas of semiconductor device modeling and process development. For his research contributions, he has received the 2005 Vikram Sarabhai Award and a 2007 IBM Faculty Award. His contributions in the field of education include video courses on Solid State Devices and Semiconductor Device Modeling hosted on the internet (see links below), and a lecture-cum-activity oriented course to foster research skills among research scholars. He is an Associate Editor of IEEE Transactions on Education.

He also acts as a consultant to industries for developing manufacturing processes for semiconductor devices, and as a reviewer of several reputed journals.

He was a member of the National Working Group on Nanotechnology set up by Department of Information Technology, Govt of India.

He serves on the board of directors of CyberTech Systems and Software Ltd., Trevose, PA, USA.

At the end of this course you should be able to